there's a website that has existed in some form or other since the very early oughts called the Age Regression Story Archive, and you can kind of suss out what it's for based on that title, and at one point it also kept like this running list of books, tv episodes, and movies that featured any kind of age regression element at any point, and it annoyed me in my twenties and I was just reminded of it by someone mentioning Being John Malkovich, a movie I absolutely hated

because Being John Malkovich is the kind of movie they'd list if you were looking for titillating AR content in a movie. The central conceit of the movie is there was a building with a secret door on the 13th 1/2 floor that would transport the protagonist into the mind of john malkovich, where they could inhabit and control his body until they chose to exit or lost control somehow. It was a weird magical realism style of movie.

AT THE VERY END OF THE MOVIE, the terminating point of the doorway shifts to the daughter of the male protagonist's ex-girlfriend, who he is still in love with, but because the person affected by the doorway was not an adult, he was trapped as a passenger in her body that she wasn't aware of and he could not control her body in any way. It was gross and weird and happened in the last five minutes of the movie.

AND I'M STILL ANGRY ABOUT IT

oh I didn't watch Being John Malkovich for that reason, I watched it because a friend of mine told me it was really good, and it was, but it still made me feel gross and I didn't like it at all 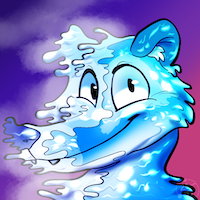 @Pebble Wow; turns out I have forgotten almost *everything* about Being John Malkovich.

The social network of the future: No ads, no corporate surveillance, ethical design, and decentralization! Own your data with Mastodon!